The bar is a great little get away from the typical bar and cocktail fare. The menu is small but the food was delicious and the cocktails were well crafted. There were 7 of us and everyone had a little something different from the kitchen; nothing but good compliments all around. The atmosphere...

4. Palace Arms at the Brown Palace

5. Ship Tavern at the Brown Palace

We ate at Ship's Tavern last night and had a good experience. The Old Fashioned was very good. Everyone at our table ordered one and enjoyed it. I had the red beet hummus, and I would not recommend it. I ordered it because I've never had a red beet hummus before, but it was nothing special and...

The live music was awesome!!! The wait staff and food were both great!!!!

BIG salads, great selection of mats, fish,etc. Great wait staff - we were last out and never felt like we were rushed!

Henry’s is a must eat for us every time we are in Denver, twice this trip. Food is wonderful, service is excellent and the open air environment is entertaining. 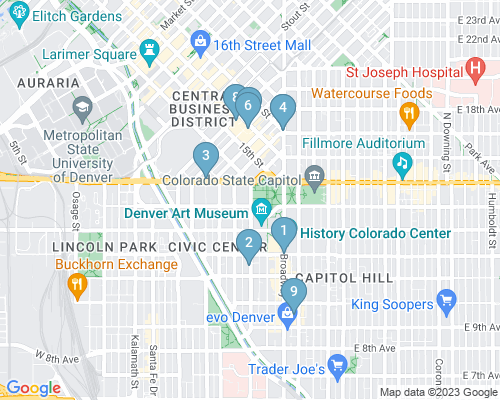