Outstanding food and service! Would highly recommend this **restaurant**!

My husband and I went there to celebrate our anniversary. When asked by the server if we were celebrating anything special we told her it was our Anniversary. She said she would have a dessert brought out to us which we thought was nice. As promised, a dessert of baked Alaska was brought out. We took a bite or two as that is not one of our favorites and we didn’t select it. When we received our check, we noticed they charged for the dessert! If we had know they were going to charge us, we would have selected something we actually like or would have skipped it all together. Don’t make a big deal about celebrating an occasion then charge the people! The food was very good, but a little pricey especially since everything is a la carte.

I love this place . The food is great. Service was excellent.

Dominique made our dining experience wonderful. We will definitely be back.

Food was great! The server was attentive. Great pit stop while visiting the gardens.

Food and service were great. Reminds me of Boqueria in NYC/DC…etc.

Food is absolutely fantastic. Definitely recommend the burrata app and the fondue. We will be back!!

Rumi’s is in a great location in midtown Atlanta. Easy parking. Location is beautiful. Modern and open yet warm. Service was great. Food was wonderful. 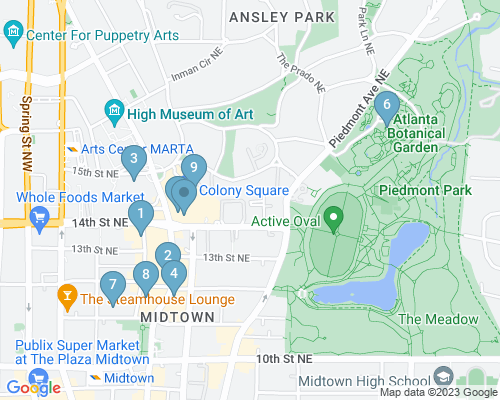